Well, it has been a really long time since there has been a new poll and a blog.

Today, Eugen announced another RTS that will be released after Wargame: Red Dragon for publisher Focus Home Interactive: 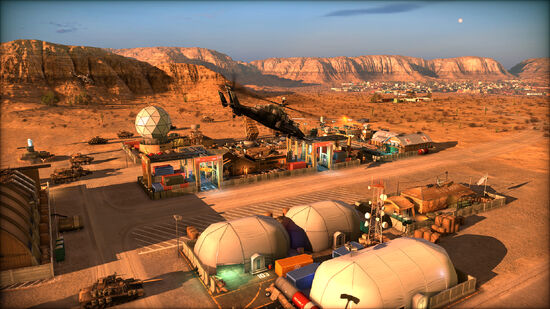 The game was codenamed "Act of R.U.S.E." by Eugen employee and forum admin MadMat on the official Wargame forums, thus implying this game could be the spiritual successor to R.U.S.E., but with a modern setting. However, Eugen Systems commented that the game will “bring the players back in the 90’s Golden Age of strategy games.”, which means it will be more of a traditional RTS like Act of War: Direct Action, StarCraft, and Command & Conquer. They also stated that “Eugen is set on delivering a real-time strategy experience that will touch a larger audience of gamers” as well.

Here are the results from our nineteenth poll: How many people here work at our other Eugen strategy game wiki, the Wargame Wiki?