Use this page to discuss design and content changes to the main page. For general wiki discussion, please visit the Community Portal or Forums.

Hmm. A first point. Since R.U.S.E has an inbuilt 'pedia, is this wiki going to be of any real use? I mean, there's only so much you can say other than unit stats.

Hmm. A first point. Since R.U.S.E has an inbuilt 'pedia, is this wiki going to be of any real use? I mean, there's only so much you can say other than unit stats.

There's thousands of other things. For example, unit tactics and placement of structures. RUSE is all about deception, and some people don't want to pay for the Prima Official Strategy Guide, so why not create a free, expansive and in-depth guide for newcomers and advanced players alike.

It seems to me that ruse seems to have strong limits about what can kill what. So, if you have a panzer III against a pershing, its no contest. Even if you have many, many panzers, it is very difficult to take down a pershing. On the other hand, pershings slaughtered by fighter-bombers. I'd like to see that in chart form.

Lets try to revive this forum. I have been playing ruse on the 360 for about 3 months and this site has helped alot. My Tag on RUSE is Spit Slayer JG. Drop me a friend request I always want more RUSE friends.

No, Japan IS NOT an overpowered nation. Although they have lots of good stuff, like the Shinden and the best tank destroyer and mobile artillery, their best armor is lvl4, their light infantry cannot be upgraded, their "heavy tanks" are only heavy in name, their light tanks can't even beat a single regular light tank without overwhelming numbers, and I mean like 10 vs 1. The list goes on... Japan is not an overpowered nation.

I've recently tried out the Ruse demo on steam and while playing my recon plane picked up something strange behind the German HQ.They are supposed to be Volksgrenadiers even though there is only title.There's no desroption or picture of them.Could someone please tell me what is going on?! That40sGuy 18:35, May 21, 2011 (UTC)

Guess they just needed a weak unit to guard the Jerry's HQ. Airborneboy55 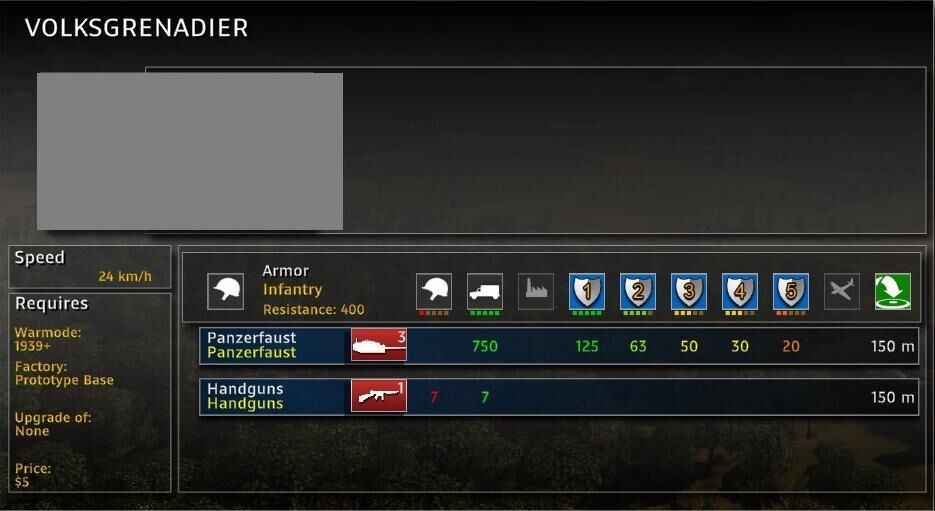 This wiki needs to be reforem in grammer and have information updated and have the way of the wiki more new user friendly.

Is the bad spelling part of the post? No offense intended.

How come you cant make naval units in the game? The Navy was really usefull in WWII.

Come on Eugen where the Navy???

I was thinking the same thing do the Navy was a big part, hopefully they make a R.U.S.E 2 with naval units.-Mexican Spider

Navy units would have to be restricted, mind the fact that naval artilliary was some of the the most powerful guns of the war, if a navy was not made in just the right way it would ether be to over powered or to under powered, it's a delicate balance. for instance, being able to lanch a beach landing, similar to the use of paratroopers from the air base but with boats instead of plane's, would be an ok idea, but having a battle cruser that can pound half the map in a hellfire of artillary would be to much, the small things would be cool and ok, the big things would be pushing it. thats my opinion - Micangetric 12343

The problem with the 12th poll

I don't think it is a good idea to post up a poll asking "Who would you want to develop the next R.U.S.E. game?" Basically, almost everyone who plays RUSE would want the same developers to make the game.

Heres my idea on what Activison or EA would do if they would make a sequel:

Activison: Kill off the franchaise.

EA: Either delay the next game or do what Activision does.

I'm not saying that Activision or EA are terrible companies (despite the fact that EA ruined the Command & Conquer series), I just think that these two companies should not develop the game because Activision is more onto games series such as Call of Duty while EA is... meh.

I still think Eugen System should develop the next RUSE game. They created the IRISZOOM engine for RUSE and improved it for Wargame.

Should We Have Naval Units?

Hey everyone, it's Skyrimdude191 just wondering: The United States Of America's Navy is seen in the campaign, in multiple trailers, and on countless posters. If you think about it, there should be naval units such as the Marines, Hellcats, and even destroyers, alongside the Rangers, Machine-Gun Position, and Stuart Tanks, as deployable units. Just wondering if anyone feels the same way. And if you're a Civil War fan, then try to create a Battle between two American armies as the North and South. It's really fun.

User:Airborneboy55- Maybe in single player operations and campaign, but not in multiplayer. Naval units add a complication to RUSE that cannot be easily solved. First of all, maps must have naval ports, then battleship types must be created, and different types of warships. Transport stations might be used to build marines, but some factions didn't have marine troops, like Russia. So then, Eugen System would have to make something up for these missing units, and there would be no history in it, because it is made up. The Russians also didn't have much in the ways of a navy, and Britain and Japan, by default, would have the mists powerful navies. This would create confusion in the balance of power of RUSE. Also, adding too many units might make RUSE too confusing, and less people would have bought it. I MIT be incorrect, but maybe Eugen Systems thought about this while considering naval units.

You're right, Airborneboy55. I actually didn't consider all of these issues when it comes to adding new units. Anyway, Eugen Systems probably should not have teased so much with naval units as it did. Still, they made a great game overall, so I can't complain.