Get your infantry division to Kasserine by any means necessary!

Taking Command! is the second mission in R.U.S.E. and the first of the North Africa campaign.

Major-General Sheridan and Colonel Campbell manage to find and free "Agent Nightingale" from her cell in Colditz Castle, but not before it's too late: their contact has been killed, but not without divulging key information regarding the location of "Prometheus", the Axis Powers' spy inside the Allied Forces. As they discuss their next move, Sheridan reminisces about the day he met General Wetherby...

Then-Major Sheridan is trying to regroup after a devastating German attack on his unit. An officer from the Military Intelligence Service, Colonel Campbell, shows up, trying to find the commanding officer. Sheridan bluntly states that they are all dead, therefore he is now the commander. The two get along quickly, Campbell already impressed with his strategic thinking as he has a daring plan which could win them the battle...

Major Sheridan's Regimental Combat Team is cut off from Allied forces in North Africa, but intends to take the town of Kassarine from Axis forces, denying them a key strategic foothold. While marching on Kassarine, the infantry team will pick up some much-needed firepower in the form of American anti-tank units. 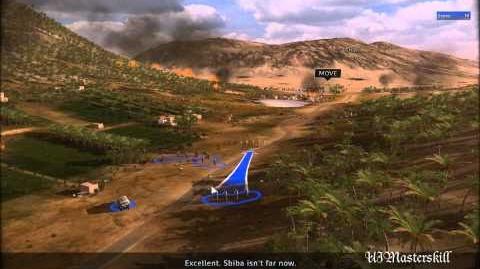 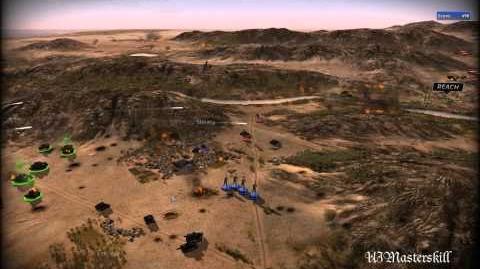