Riding with the Devil is the 20th campaign mission in R.U.S.E..

Due to Sheridan's efforts, the American army got to Torgau first. But the 1st Ukrainian Front captured the prototype factory. It being in the Soviet zone, American troops can not get to it. Campbell comes up with an idea. He released Von Richter, who in turn rallies as many German units behind him as he can, forming the German Transition Army. The plan is to act as regular troops from the provisional government putting down the rebellious fanatic forces holding the facility, then take control of the facility.

So after all the effort in the previous level, we get to party with with the Russians in Torgau. Yay? Nay. The secret weapons facility outside Torgau have not been liberated, thanks to those Russians and Rebel Germans are guarding it, but now Americans are partying with the Russians, so in order to avoid a "diplomatic incident", guess who you have to ally yourself with? Yeap, the devil himself, Field Marshal Erich Von Richter. He doesn't want the secrets weapons to fall to Russians, that's the same with Sheridan, but then to avoid the afformentioned incident with the Russians, you get to play not as the USA, but dear old Germany since the guys defending the facility are German.. SO prepare yourself to some German toys (provided that you play battles as Germany first). In this level, you get to play with German toys, and so you have control of German units. Rely on artillery to blast production buildings and Flak 88s on your side of the river. On your far right flank is a road next to some woods that leads to an airport. Capturing this airport is important, as you can then use Stukas, though take note there is infantry and armored recon in the woods. Beware this flank, German armor, including a powerful Maus tank will come down the road. Position PAK 40 guns in the woods to stop them, but beware of German heavy infantry. As this is going on, keep in mind that German armor can be countered with German armor + scouts, so another way to defend against the Maus is to train a scout, preferably Puma, and train some Panthers to guard the road, alongside with the PAK 40 guns and the infantry.

It is important to use artillery to pound the light units in the city across the river, as some of these are AT guns. Build up a large amount of tanks before crossing the river. There are still three Maus tanks to destroy, so focus all available firepower on them. You should position some AA guns or your own 88 in the center of the map due to rebel jet bombers. After the Maus, you just need to clear out the remaining tanks and you're good.

Finally, move through to the base and clear out the remaining enemies, this shouldn't be too hard if you do all things right and not screw up. 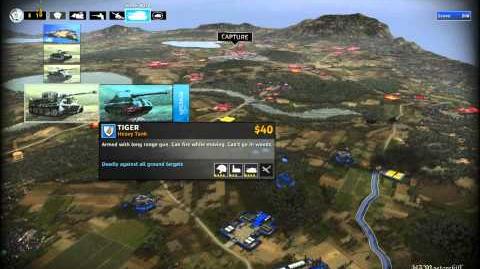 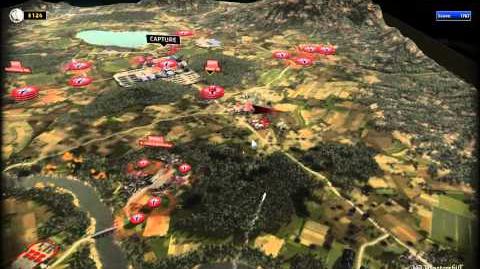 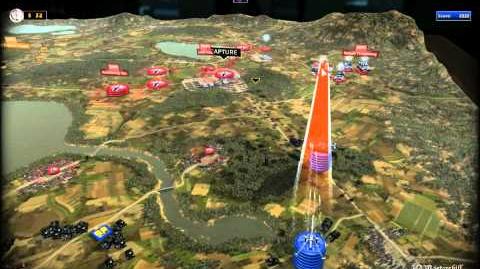 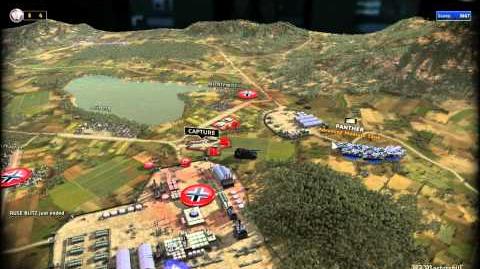