R.U.S.E. is a real-time strategy video game developed by Eugen Systems and published by Ubisoft. R.U.S.E. was initially scheduled to be released at some point towards the end of 2009. After a few delays, it was now released on September 7, 2010 on PlayStation 3, Microsoft Windows, and on Xbox 360.

R.U.S.E. is strategy game involving the players to use decoys and ruses to trick their enemies into traps, called ruses. Due to the complicated nature of the game, it was feared it may drive away casual gamers, something Ubisoft claim to have addressed. There are seven factions in the game: United States of America, Germany, U.K, France, Italy, Soviet Union and Japan,which was added in The Pack of the Rising Sun DLC.

R.U.S.E.takes place within the World War II time period. Players will be playing the campaign as the United States of America. The campaign takes place in several major theaters of World War II. Battles in the game take place in North Africa, Italy, France, Netherlands, Belgium, and Germany.

The game possesses a unique visual style. Instead of the traditional grime and darkness of traditional World War II RTS games, R.U.S.E. has a bright, artistic view of the war. Examples of this can be found with the relative little grime of the units and the clear blue skies found in R.U.S.E.

In addition to its "pulp and clean" World War II view, the game engine displays the world in a highly scalable fashion, which helps contribute to a sense of an actual battlefield, from the perspective of the general or a soldier.

There are four main characters, those being:

There are also a few minor characters:

R.U.S.E. takes place during the period of World War II. There is one story arc in the game, and it takes place from the point of view of Joseph Sheridan of the United States Army.[1] A Harvard dropout, Joe Sheridan later joined the US Army and then assumed control of the First Armored Divisionn.

The game opens in 1945 as General Sheridan liberates Colditz Castle to free an undercover operative, code named Nightingale, who knows the identity of an Axis informer, code named Prometheus. Sheridan then reminisces to 1942 when he was a Major during the Allied North African campaign when leaked information leads to devastating Allied losses at the Battle of Kasserine . Sheridan meets British intelligence officer Colonel Andrew Campbell, and working together, in spite of Sheridan's inept commanding officer General Weatherby, they are able to turn the tide of battle. Sheridan is promoted to Lieutenant Colonel for his efforts.

In 1943, Sheridan takes part in the Battle of Monte Cassino, and while he disobeys Weatherby's direct orders to confuse German intelligence, Sheridan is able to push the Germans back and open up the road to Rome. Sheridan is promoted to General and meets Kate Garner, an attaché from the American War Office. At a victory party, Campbell remarks that the Germans are not fully defeated yet and that Sheridan is turning into Weatherby now that he has been promoted.

In 1944, Sheridan is in command of US troops landing at Utah beach on D-Day, with Weatherby in command of Omaha beach. Sheridan is able to secure a beach head and defend it against counter-attacks despite Weatherby's inability to secure Sheridan's flank. The operation in Normandy is hampered by inaccurate information given to Campbell by the French resistancee, this along with remarks from Kate strain Sheridan and Campbell's friendship.

Later that year, Sheridan is placed in command of forces in Operation Market Garden, and Wetherby is discreetly placed in command of forces "in reserve". After an exchange between Campbell and Kate, Campbell remarks that he cannot offer the same "incentives" as Kate and states that he will request a transfer. Despite deeply inaccurate information on Axis forces in the area, Sheridan is able to keep "The Highway to Hell" open. However the British forces at the final bridge to be secured are forced to surrender, thus ending Market Garden as a failure. Kate leaves for Washington D.C. for a new "promotion" leaving Joe feeling sorry for himself.

Three months later Sheridan and Campbell meet on the Belgian front, and the two make amends, with Sheridan apologizing and telling Campbell that "he was right and that they should have listened to Campbell". With Campbell's help Sheridan manages to hold onto the key city of Bastogne during the Battle of the Bulge. After pushing back the German offensive Sheridan and Campbell interrogate General Von Richtor, a German general who gave Sheridan much trouble in the past. Learning that only the head of the German Intelligence Service, the Abwehr, Admiral Canaris, knew the identity of the spy Prometheus, but the Admiral had been arrested for plotting to kill Hitler.

Returning to the present, Sheridan, Campbell and the undercover agent, Angie, head for Torgau on the Elbe to supposedly meet up with the Soviets. However, the meeting turns into a race to reach the secret weapons research facility in Torgau before the Russians do. In order to avoid a "diplomatic incident", Sheridan receives help from an unlikely ally: General Von Richtor, who also does not want the weapons to end up in Soviet hands. Under the cover of Von Richtor's German troops, Sheridan and his men reach the weapons facility in the Soviet zone and destroy it. In the process Sheridan learns Prometheus's is none other than his former attaché Kate Garner. It is revealed that Kate had not only been giving intel to the Germans on the American forces but that she also had been giving intel to the Soviets on German weapon research. The weapons in question are long range V2 Rockets equipped with nuclear warheads. Despite having destroyed the research facility Sheridan learns that Kate had already moved several rockets to another location.

Sheridan and Campbell prepare to attack Kate's base and destroy the weapons of mass destruction, but are forced to re-think their strategy when Joe receives a warning from Kate that she will use the V2 rockets if they continue to provoke her. Sheridan assures Kate that he won't back off, and Kate simply responds that Sheridan will be "rolled over by the modern world" as Communism will be inevitably victorious. Good news arrives when the Soviet Government declares the 8th Guards Army (the branch of the Soviet military Kate was working with) is an extremist renegade faction, and Allied Commander General Eisenhower orders a full scale assault on Kate's base. With the help of some newly developed nuclear equipped Artillery, Sheridan manages to destroy Kate's base, destroying the German nuclear warheads and killing Kate in an atomic blast. At the end, Sheridan expresses his wish to take a vacation and see Europe "without the bullets".

Dimension is one of the fundamental aspects of R.U.S.E. The IRISZOOM Engine displays maps a hundred times larger than in traditional RTS games, which makes raises strategy to an unprecedented scale and gives deception a lot more depth. With the zoom, you are able to both command your units as a chief-in-command and manage your troops at a tactical level as a ground officer, for example by deploying a fake offensive on your opponent’s HQ while carefully hiding your infantry in villages to ambush the surrounding tanks.

In campaign the player will play as the United States for most of the time, however during certain missions other units from other factions such as the United Kingdom, Soviet Union, France, Germany, and Italy are also available. In the multiplayer mode, each faction has its own particular advantages and disadvantages which allow for more dynamic player-versus-player combat.

R.U.S.E. features an online multiplayer component. This feature allows for both individual missions as well as co-op missions. Players can set time limits on matches as well.

R.U.S.E. employs a system of ruses that allow the player to fool or bluff the opponent. A total of ten or more ruses will be able to be used in the game. The ruses are divided into three different categories: those that reveal information (such as Decryption or the Spy Plan), those that hide information (such as Radio Silence or Camouflage Net), and those that allow for fake structures/units, designed to trick the enemy (the Decoy Offensive is an example of such a ruse).[1].

A public beta version of the game was made available on Steam, and was playable for free until April 12, 2010. 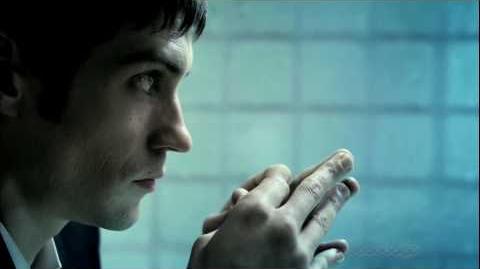 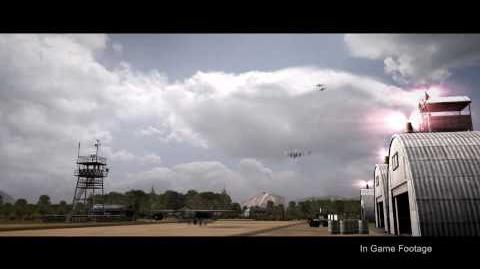 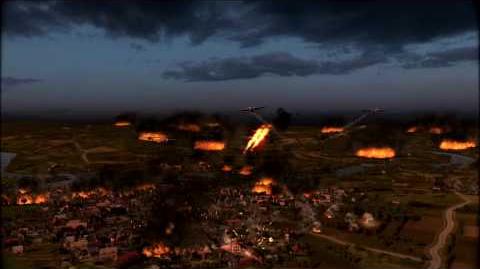 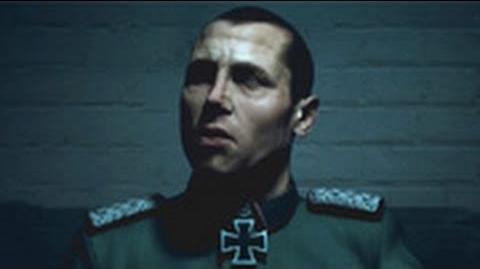 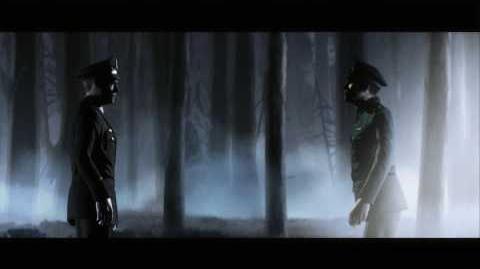 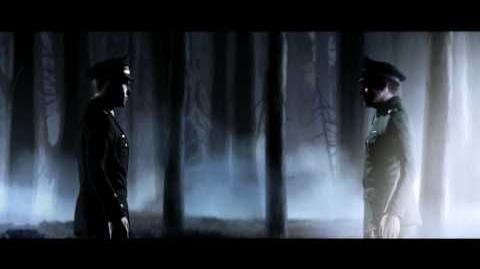 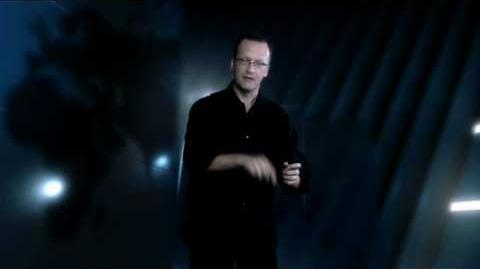 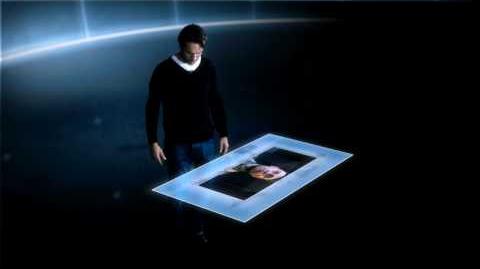